1909-1998 Jack Leonard Shadbolt, born at Shoeburyness, Essex.In his youth he lived at Victoria, British Columbia, and was there influenced by Emily Carr.Studied in London with Victor Pasmore and William Coldstream; in Paris with Andre Lhote; and in at New York at the Art Students League.Painted for the Army in London, 1945.Won a government fellowship and painted in France, 1956-1957.Was head of the drawing and painting section, Vancouver School of Art. 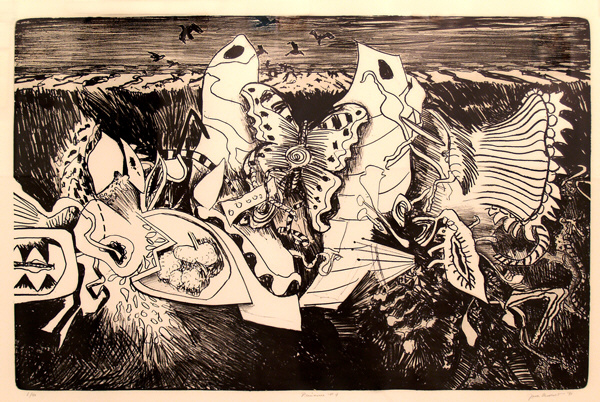