The preoccupation with the human form as his subject stems from an early age, the fascination for reproducing figurative bodies in steel mesh has developed extensively over the last twenty years. Looking back at his early work, there is an element of crudity as he fashioned the flat steel grid into three dimensional form. Recently Begbie has achieved the fine sculpting detail of musculature and human form which has already been compared to Michelangelo and Rodin.

The real thrill of Begbie's work is the experience of seeing it "in the flesh", the sculpted bodies are powerful, erotic, tactile, and intimate. For the viewer the steel mesh material adds intrigue yet is somehow familiar; when you first experience Begbie's bodies you are curious to know how the perfection of form is achieved. On looking further you become familiar with the properties of the sculpture - the wire mesh creates a liveliness and sense of movement that is further enhanced by the use of shadow play with strategic lighting.
Begbie's perception, understanding and imagination is what is succinctly and economically contained within the confines of the simple shell which constitutes his sculpture. Look again closely and you see that there is not even a skin, only a graphic delineation of one. In relation to the space it occupies, the catalytic effect a Begbie sculpture has in any setting, given that it has no palpable substance or surface, is phenomenal. He says of his sculpture "each work is an entity which has a far greater physical presence than any solid object could possibly have because it has the power to suggest that it doesn't exist." You have to touch a Begbie to make sure it does.

"David Begbie uses very simple means to magical effect. His steelmesh figures use an industrial material to give life to bodies that are the direct descendants of those we see in Greek and Roman Art. Here is the kind of art that pays tribute to the values of the past, but that nevertheless remains a creation of our own epoch." 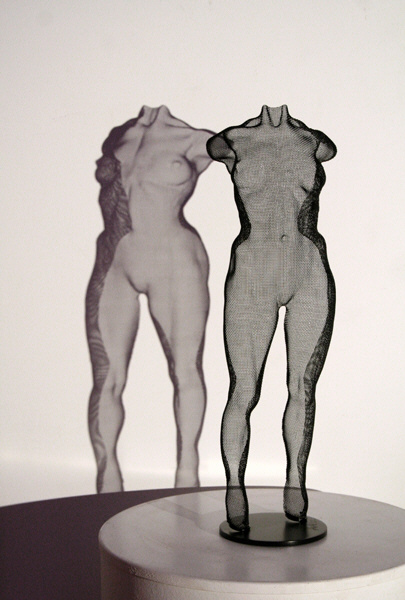 free-standing black steelmesh on base 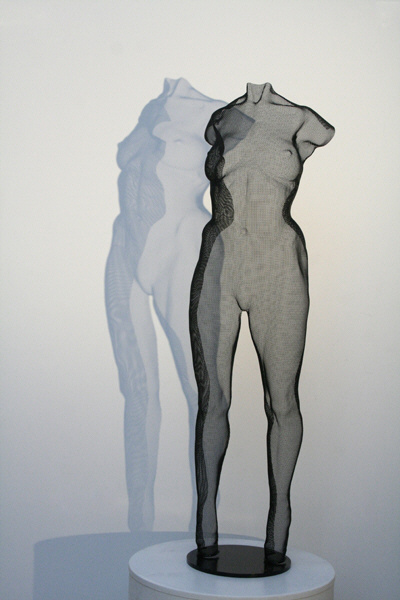 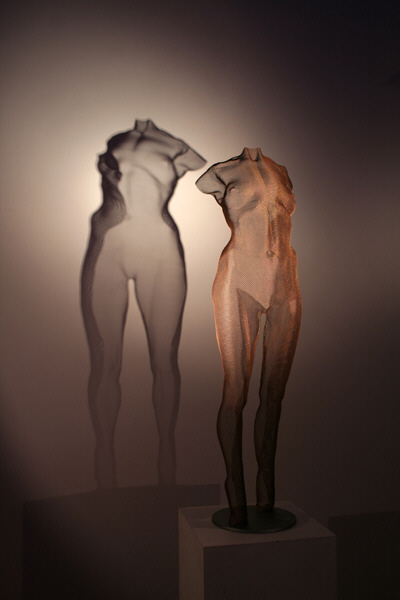 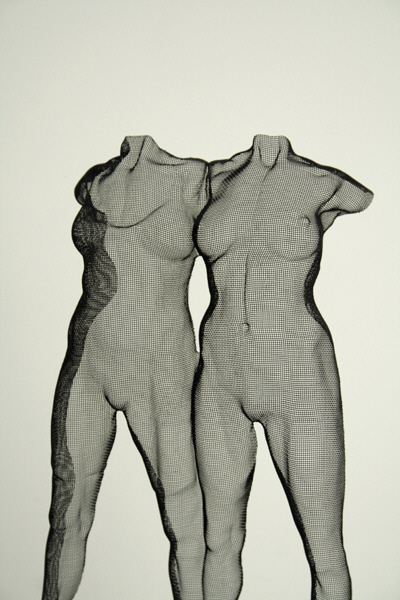 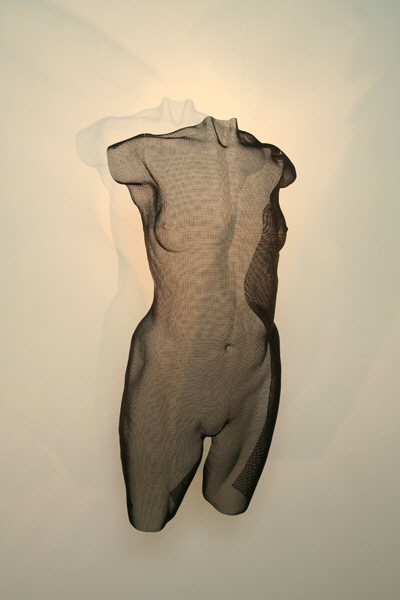 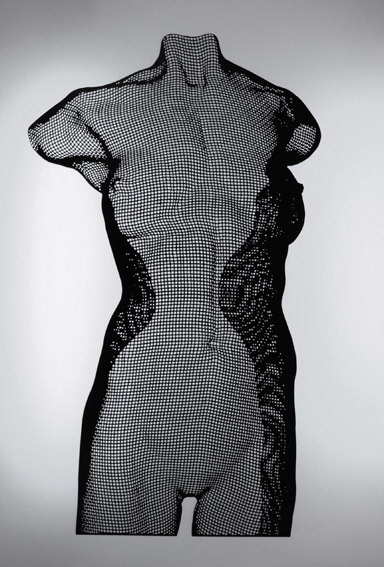 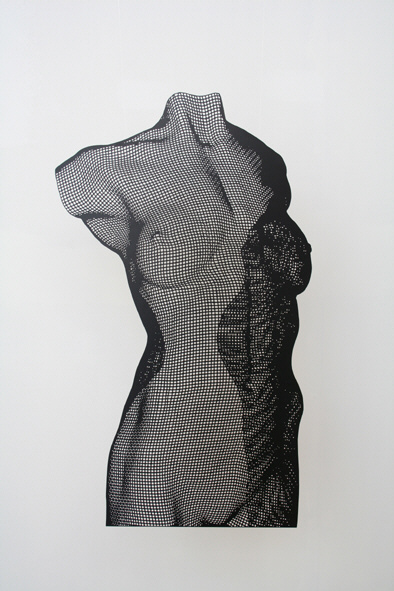 edition of 9 on steel easel 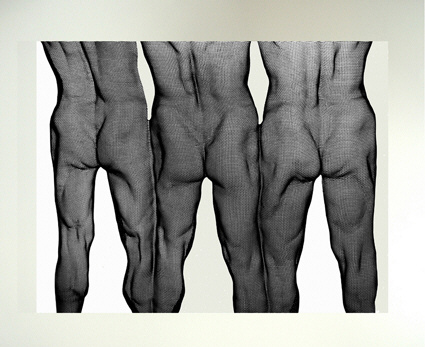 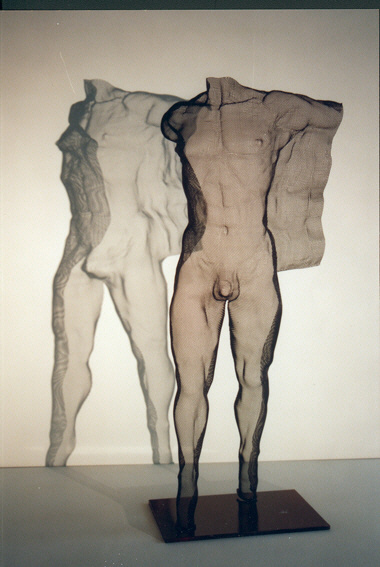 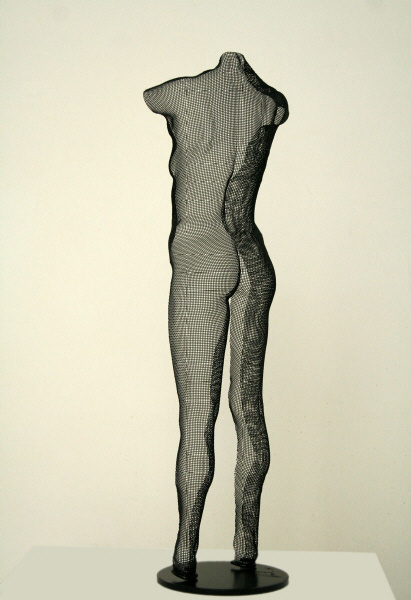 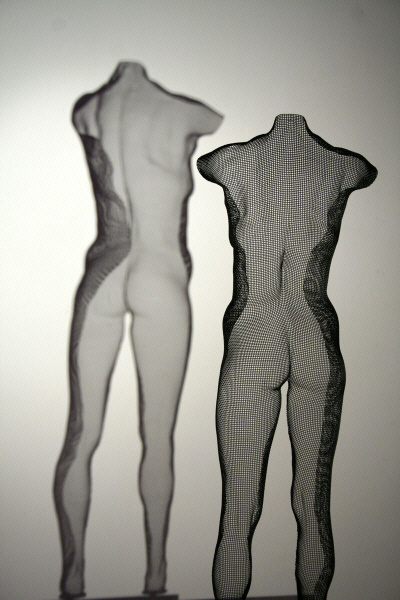 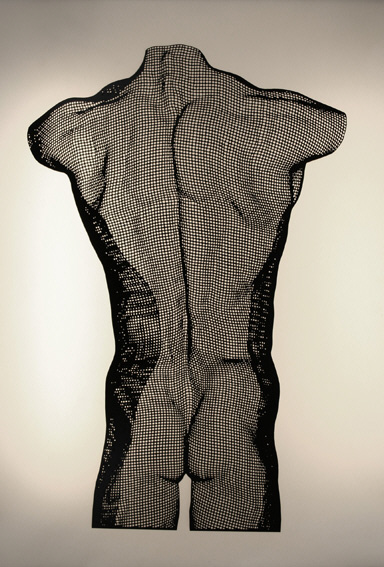 edition of 9
on steel easel 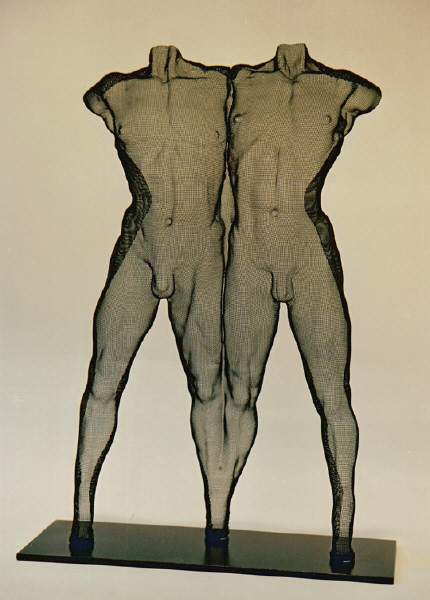 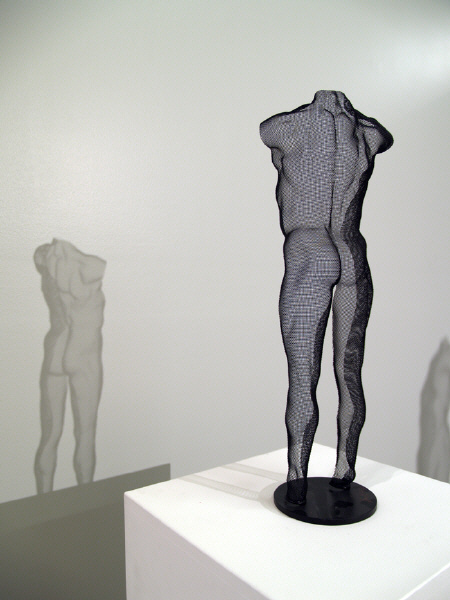 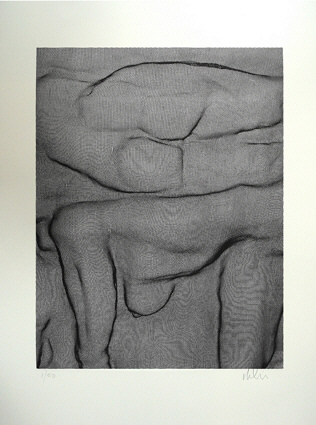 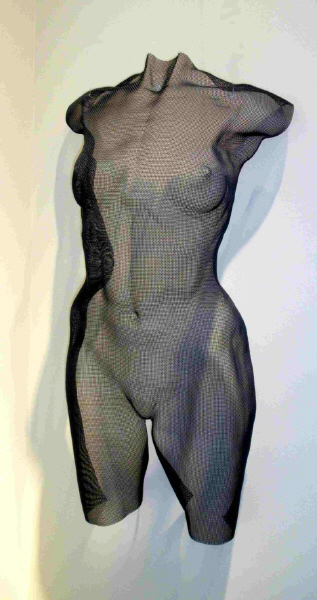 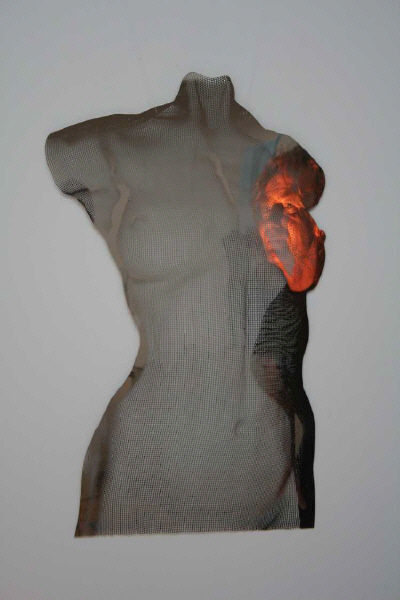 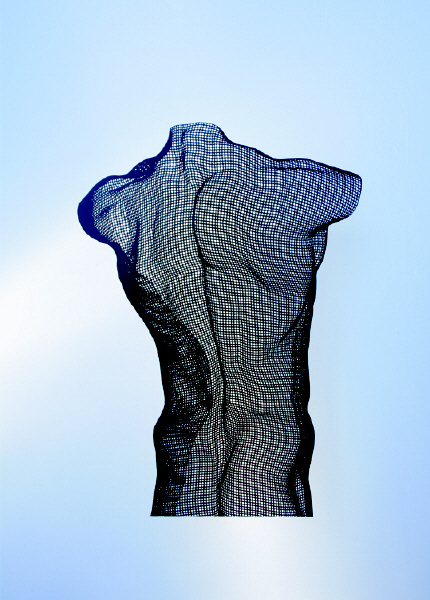 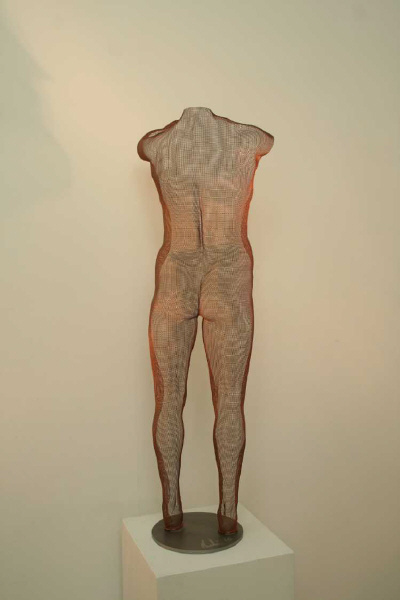