"I paint because it creates a sense of joy, of relief during that original confrontation with reality. The act of painting is in itself a way to sustain that emotion of the mind and heart. Through my work I try to build a similar response in others".


Forrestall’s images of Atlantic Canadian rural landscapes are infused with a mystical, transcendent and fascinating quality. Through his characteristic “magic realism” style and the use of shaped canvases, Forrestall combines reality, poetry, and a metaphysical dimension that transcends a spiritual and emotional energy to the viewer. The tensions between dream and reality – between life and art – are what give his art its dynamism and power.

Forrestall’s creativity is expressed through three primary disciplines—drawing, painting, and writing. His drawings and paintings record his artistic vocabulary and capture his visions from his imagination and the spirit of what he sees with his eyes. His writings explore and record ideas relating to his artistic and spiritual life, his family, and his surroundings, and probe the nature of his creativity, his hopes and dreams, and the source of his visions. 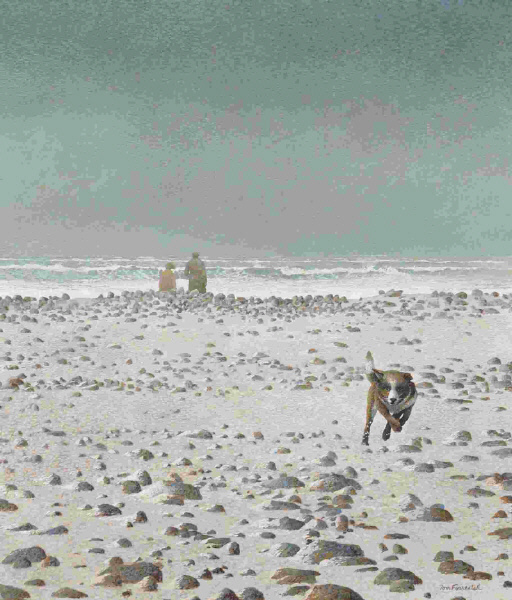 “Winter Beach”
The New Year’s weekend for 2010 turned out to be quite an adventure for Diane and I. We reserved a cabin early, little knowing a fierce winter storm with high seas at White Point Lodge on the North Atlantic. This mighty ocean in a winter storm can be an awesome spectacle as we learned. Our cabin #53 was very close to the beach. This painting, done from sketches from our window. New Year’s Eve went well, dinner with White Point’s owner and wife (the Riseley’s) and seeing the New Year in. Diane and I had a great time dancing and chatting it all up. The storm was building and raged all New Year’s Day, snow and heavy wind. Then due to a danger of sea surges going over the beach and engulfing our cabin we were moved out for Sunday night. We watched the huge waves roll in and we realized it was a prudent move. Surges rolled up the beach close but did not flood the cabin. At the time of doing the watercolours I had no idea of painting this egg tempera, but back in my studio, with distance between me and the place I could dwell on it all, see more clearly, not be dominated by the place, but independent of it. With the storm raging we saw people walking their dogs. They became part of it all. The stones in the snow riveted my attention, how they slowly covered with driving snow. The aerial perspective was very distinct and I worked with it to attain depth. As always happens in my paintings as they come to life with a character of their own, the real place fades away and is of no more use – the specific place is no more and a universal grips and holds the whole creative work. It now emerges from the creative imagination a “truer realism”, a universal, has been expressed. From the sketches, drawing and dwelling a powerful vision is built up in my mind’s eye so powerful to sweep the image of the real place out of my references, being driven with a passion to grasp for the impossible perfection of the vision.

The Nova Scotia North Atlantic shore in a wild winter storm is impressive to say the least. Nature tells us “keep out of the way”. It gives one pause for thought, much thought. With drawings and studies a vision builds and light up that inner darkness and out of the blue a divine presence is felt in the vision, impossible perfection and clarity of the mind’s eye, witness to the “truer realism”. I feel a fear and a trepidation in feeling the hand of God so close… “vocatus atque non vocatus Deus aderit”. Thank you, Tom 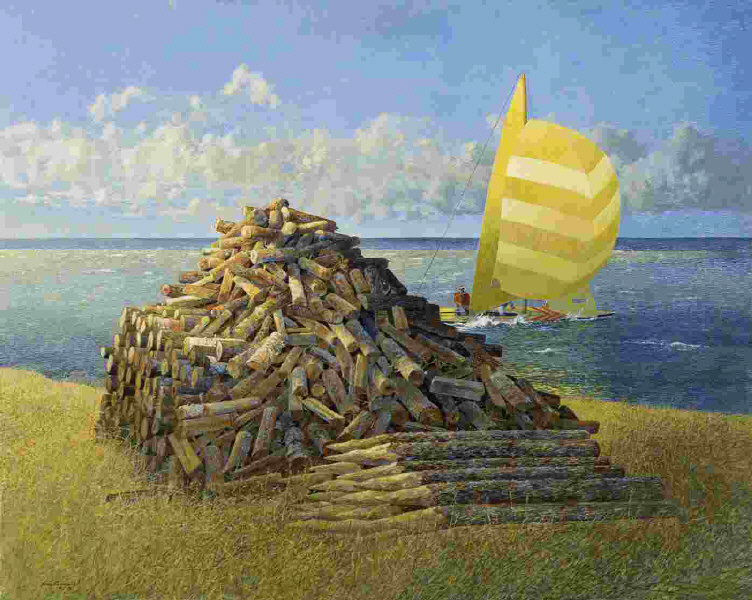 
As I paint out an idea, many titles come to me. Each opens the idea up in its own way… I leave it to the viewer to choose the one they like best…or add their own title… 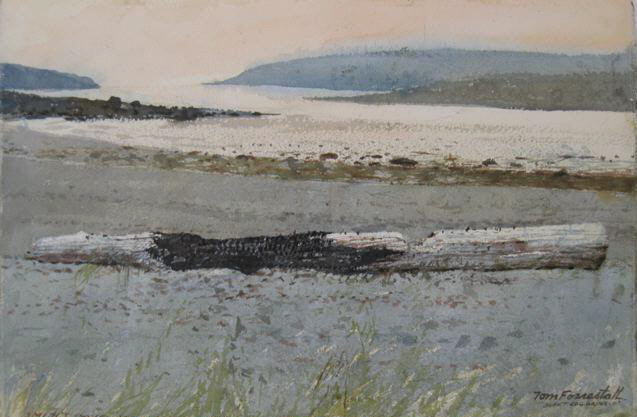