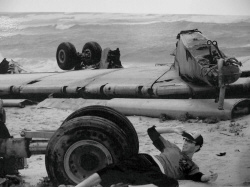 Christian Nicolay has exhibited, performed and screened in Canada, the US, Europe and Asia, occasionally staring into the sun to receive messages. For the latter half of 2010 he was invited to artist residencies in Finland and Taiwan exploring the landscape and their cultures. In May 2011 an independent label out of Sugar Hill Georgia released his concept double sound art album based on Fire and Water. He continues to work with drawing, sculpture, installation, sound composition, performance art and video –  investigating the themes of paradoxes, the unity of opposites, social activity, and cultural identity. He summarizes his art and life by "paying attention to systematic confusion".

In the summer of 2000 Christian Nicolay received a travel grant from the Canada Council to hitchhike across Canada with a wooden chair, mapping his travels of the unusual and unexpected moments of transition that occur between moving and sitting.  In 2006 he did a commissioned sound work for a National Radio Broadcast with CBC Radio One across Canada.  This sound performance work consisted of an unauthorized climbing of Lions Gate Bridge in Vancouver from the base to its 364 foot high tower and transforming it into a musical instrument, reconstructing the naturally occurring sounds into a harmonic musical composition.

Christian Nicolay has been the recipient of several visual and media arts awards, artistic director, and curator of various projects, includes collaborations with artists from various fields in video, performance, sound and installation.  He has given several lectures about his work, and has exhibited and performed in numerous spaces worldwide including Public, Commercial, and Artist Run Art galleries. 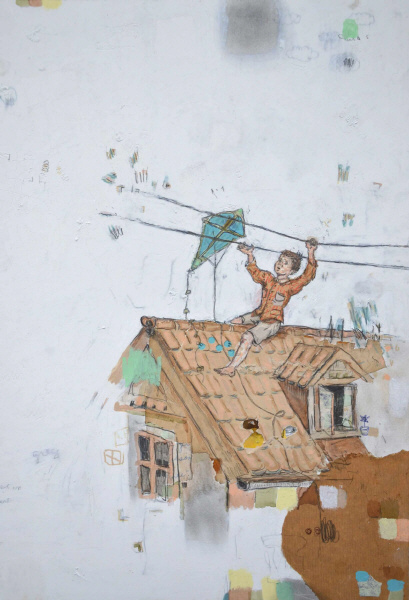 mixed media on paper on panel 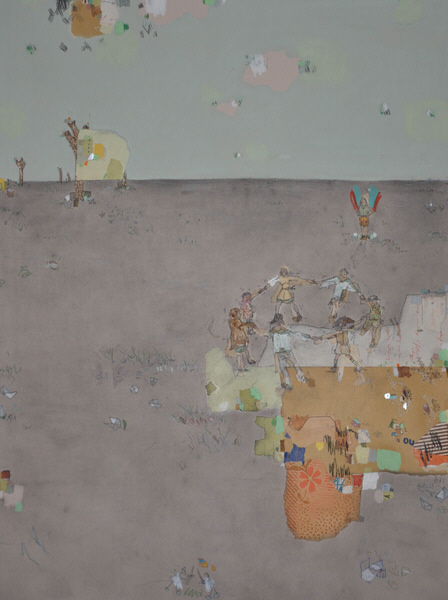